Spring is trying hard to make a presence this week and the warmish weather has got me thinking of gardening.  This year my husband and I are planning on building a raised bed garden.  Grow All You Can Eat in 3 Square Feet, a Dorling Kindersley book, has given us endless inspiration.  Even though we plan on having a bigger garden than 3 square feet, this book gives practical tips on how to grow a variety of vegetables in wide-ranging spaces and containers.  Deciding what to grow, being space efficient, plant know-how, small space projects and growing crops in small yards are all discussed.  Even if you don’t wish to plant a proper garden this year you can simply plant some basil in a container and enjoy and make fresh pesto all summer long.  The warm days can’t come soon enough! 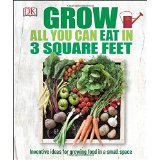 More snow is forecasted for tonight and Thursday even though most of us are dreaming of springtime.  To celebrate the last snowfalls (I’m being very optimistic) it might be fun to read snow-themed books to your children.  Below you will find several to enjoy.

Click on video below to hear some nice thoughts about reading to children from Newbery Medal winner, Kate DiCamillo.

For those of you who love the snow and are still not satisfied by the real stuff outside your door (snow is falling as I write this), you may want to explore the snow-themed novels listed below.  But hurry – spring is but a month away!

To satisfy a bit of wanderlust we all tend to have this time of year, take a look at Budget Travel’s list of greatest travel literature.  This group of books, both fiction and nonfiction, contains interesting and diverse picks.  Happy travels!

On the Road by Jack Kerouac

The Sheltering Sky by Paul Bowles

The Beach by Alex Garland

Daughter of Fortune by Isabel Allende

A Passage to India by E.M. Forster

The Historian by Elizabeth Kostova

The Plumed Serpent by D.H. Lawrence

In a Sunburned Country by Bill Bryson

Into the Wild by Jon Krakauer

Travels With Charley by John Steinbeck

Wrong About Japan by Peter Carey

Confederates in the Attic by Tony Horwitz

Out of Africa and Shadows on the Grass by Isak Dinesen

The Snow Leopard by Peter Matthiessen

In Patagonia by Bruce Chatwin 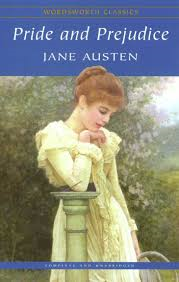 In honor of Valentine’s Day, it’s a nice idea to read a book about love.  For me, nothing captures the stirrings of love and hopefulness like Pride and Prejudice by Jane Austen.    It’s a classic worth rereading and a must to read at least once.

The Newbery and Caldecott Medals were awarded yesterday.

The 2015 John Newbery Medal, for the most outstanding contribution to children’s literature was awarded to,

The Crossover, written by Kwame Alexander.

The 2015 Randolph Caldecott Medal, for the most distinguished American picture book for children was awarded to, The Adventures of Beekle: The Unimaginary Friend, illustrated and written by Dan Santat.

Nana in the City, illustrated and written by Lauren Castillo.

The Noisy Paint Box: The  Colors and Sounds of Kandinsky’s Abstract Art, illustrated by Mary GrandPré and written by Barb Rosenstock.

The Right Word: Roget and His Thesaurus, illustrated by Melissa Sweet and written by Jen Bryant.

This One Summer, illustrated by Jillian Tamaki and written by Mariko Tamaki.

Need a good book to curl up with?  Our digital library is open!

Check out eBooks and magazines to any device from anywhere with your library card.  Go to our home page and under eLibrary scroll down to E-Reading where you can access OverDrive, Freading, Zino and One Click digital.

Did you enjoy Gone Girl by Gillian Flynn?  If you did, you may want to read the new thriller, The Girl on the Train by Paula Hawkins. Published on January 13 of this year, the book is already topping best-seller lists and DreamWorks has acquired the movie rights.  Rachel commutes by train, passing a home where she sees a couple so often she feels as if she knows them, until one day she witnesses something disturbing.  Rachel’s train moves on but she can’t forget.

The Lower Providence Library owns three copies of The Girl on the Train.  Put a hold on it today!

There is a tremendous amount to like about the novel Pope Joan by Donna Woolfolk Cross.  It contains all the ingredients for a spectacular story – romance, murder, religion, sibling rivalry, sex, greed, war, politics, revenge and secrets.  Set in the 9th century, young Joan desires to use her intelligence to read and write even though women and girls of her day were destined to housewives at best.  When Joan’s brother is murdered, she disguises herself as a man and enters a monastery.  There she becomes a healer and scholar and eventually makes her way to Rome and the Papacy.  The historical research that went into this book enhances every page.  Many worthwhile themes are floating throughout this story including, the limitations of gender roles, religion practiced as blind faith versus a continually questioning process and what we may gain or lose when we love someone.  Fantastic!

My Account
Get our Newsletter
Become a Member
Support the Library